At just four years old, Gabe has faced more trials than most people do in a lifetime.

His complicated life journey began when he was born with Hypoplastic Right Heart Syndrome, a congenital heart defect where the right side of the heart is not fully developed causing difficulty in breathing. The need for medical care was ongoing, and Gabe spent long periods of time at Children’s Hospital of Pittsburgh and The Children’s Home of Pittsburgh. In addition to his medical challenges, substance use issues and limited resources left Gabe’s parents unable to meet his long-term care needs, and he entered the Pressley Ridge Treatment Foster Care program.

In 2018, Pressley Ridge placed Gabe in the home of a loving foster family who welcomed the opportunity to care for him and support the rigorous medical treatment he needed. At the time, the doctors believed that Gabe would never walk again, and though they were unable to predict his life expectancy, they did not think he would survive for long. That did not deter this husband-and-wife team, who welcomed Gabe with open arms and began advocating for him while providing him with 24-hour care. As a pre-adoptive home, the couple was building a foundation of love and working towards becoming Gabe’s forever family. They brought in Aveanna Healthcare, the nation’s largest provider of in-home healthcare, and a team of nurses to help care for him.

Matt Barsotti, an experienced nurse who has spent 15 years specializing in adult and pediatric hospice care, worked the night shift caring for Gabe. After a few months, he began to see minor improvements and believed that Gabe was getting stronger. When consulted on whether Gabe should be put into palliative or hospice care, Matt advocated for more time to evaluate his progress. He believed Gabe had not yet shown them what he was capable of. 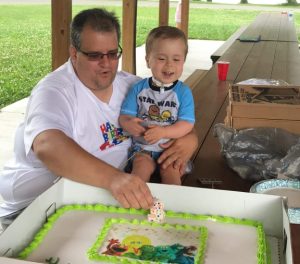 For a little more than a year, the foster family, with the support of Pressley Ridge and Aveanna Healthcare, cared for Gabe and his medical needs, and every day he slowly improved. However, tragedy struck when Gabe’s foster father passed away unexpectedly. Understandably devastated by the loss, Gabe’s foster mother was unable to continue caring for him, so he was then placed into an emergency foster home.

After spending the past year as his night nurse, Matt Barsotti and Gabe had formed a close bond. When Matt learned that Gabe’s care was about to be disrupted and his medical routines changed, this weighed heavily on him.

Matt felt in his heart that Gabe needed him and knew he wanted to foster this child.

Matt would not or could not simply walk away, but was relentless in his quest to bring Gabe to live with him. His persistence paid off and the process to certify Matt as a treatment foster parent with Pressley Ridge began.

Gabe came to live with Matt in October 2019, and in November 2020 he was officially adopted. Gabe Barsotti is now a permanent part Matt’s life, as well as the lives of Matt’s extended family and friends. 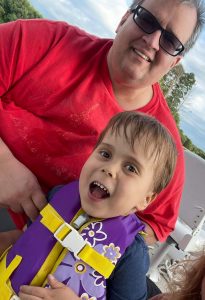 Matt’s love and unconditional support has given Gabe the strength to beat the odds of his diagnosis. Just four years ago, no one thought he would live to see this age or that he would ever walk.

“Over the years, so many incredible people have played a role in Gabe’s care,” said Matt. “It’s hard to explain what it was like to see the reaction on the faces of the medical team at Children’s Hospital as Gabe stood up and walked through the doors. It was priceless and highly emotional for all of us. None of this would have been possible without the support of Pressley Ridge throughout the foster care and adoption process,” said Matt.

Under Matt’s care, Gabe has made tremendous progress. “People always say to me you have such a big heart to do something like this. I have to correct them by telling them that I did this because Gabe has the biggest heart of all and I just knew I had to be a part of his life,” said Matt. “We are a family now. Everything that I did over the years in pediatric nursing was just boot camp and was leading me to Gabe. God continues to give me the courage, strength, grace, peace, and faith to be Gabe’s father. Now the journey of Gabe’s life is in motion and I am certain it will be amazing. God never left us and will continue to be a part of everything we do.”

“People always say to me you have such a big heart to do something like this. I have to correct them by telling them that I did this because Gabe has the biggest heart of all, and I just knew I had to be a part of his life. We are a family now. "