Pressley Ridge got its start as the Protestant Orphan Asylum and the Pittsburgh and Allegheny Home for the Friendless, two of Pittsburgh’s oldest child care agencies.

​The Protestant Orphan Asylum, established in 1832 by the First Presbyterian Church, was the first agency for abandoned, neglected, and orphaned children west of the Alleghenies. The second was the Home for the Friendless, incorporated in 1861 by the Second Presbyterian Church.

​Over the next 100 years, both institutions continued to serve similar populations of children within the same community, the Northside of Pittsburgh. In 1866, the Home for the Friendless became known as Pressley House. Its early contributors included steel men Richard Hays, Alexander Nimick, William Holmes and his brother John, and bankers William Thaw, Charles J. Clarkes and E.F. Denney.

“Pittsburgh Jane” Holmes, a well-known philanthropist, supplied $60,000 of the $75,000 needed to build the large, rambling orphanage on Pressley Street, and ​​a rising young industrialist, who listed himself only as A. Carnegie, gave $100. 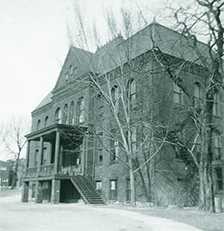 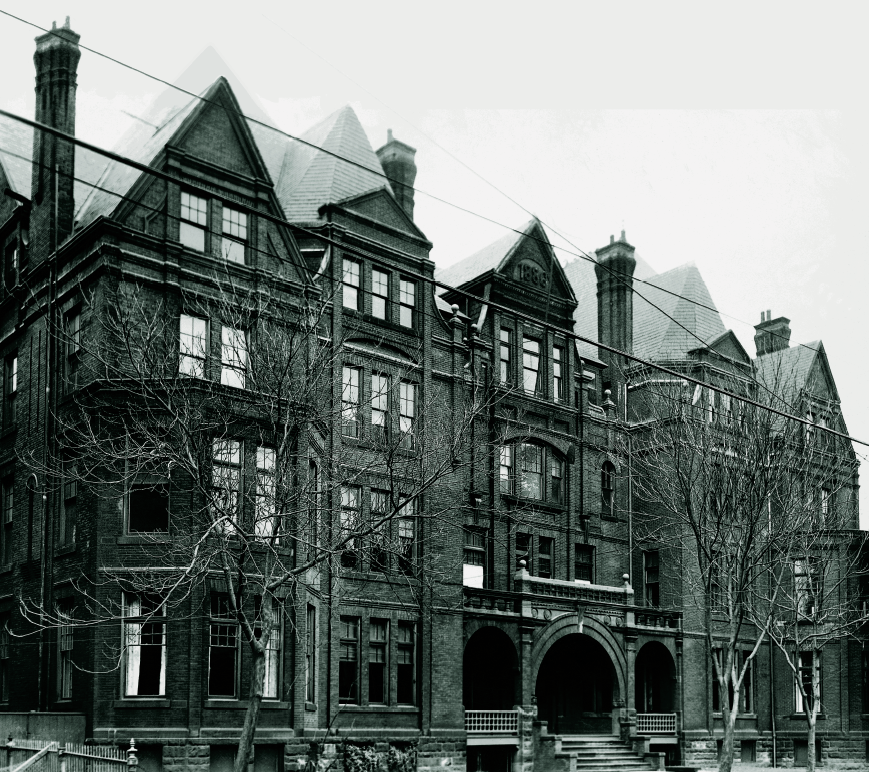 Pittsburgh and Allegheny Home for the Friendless is founded 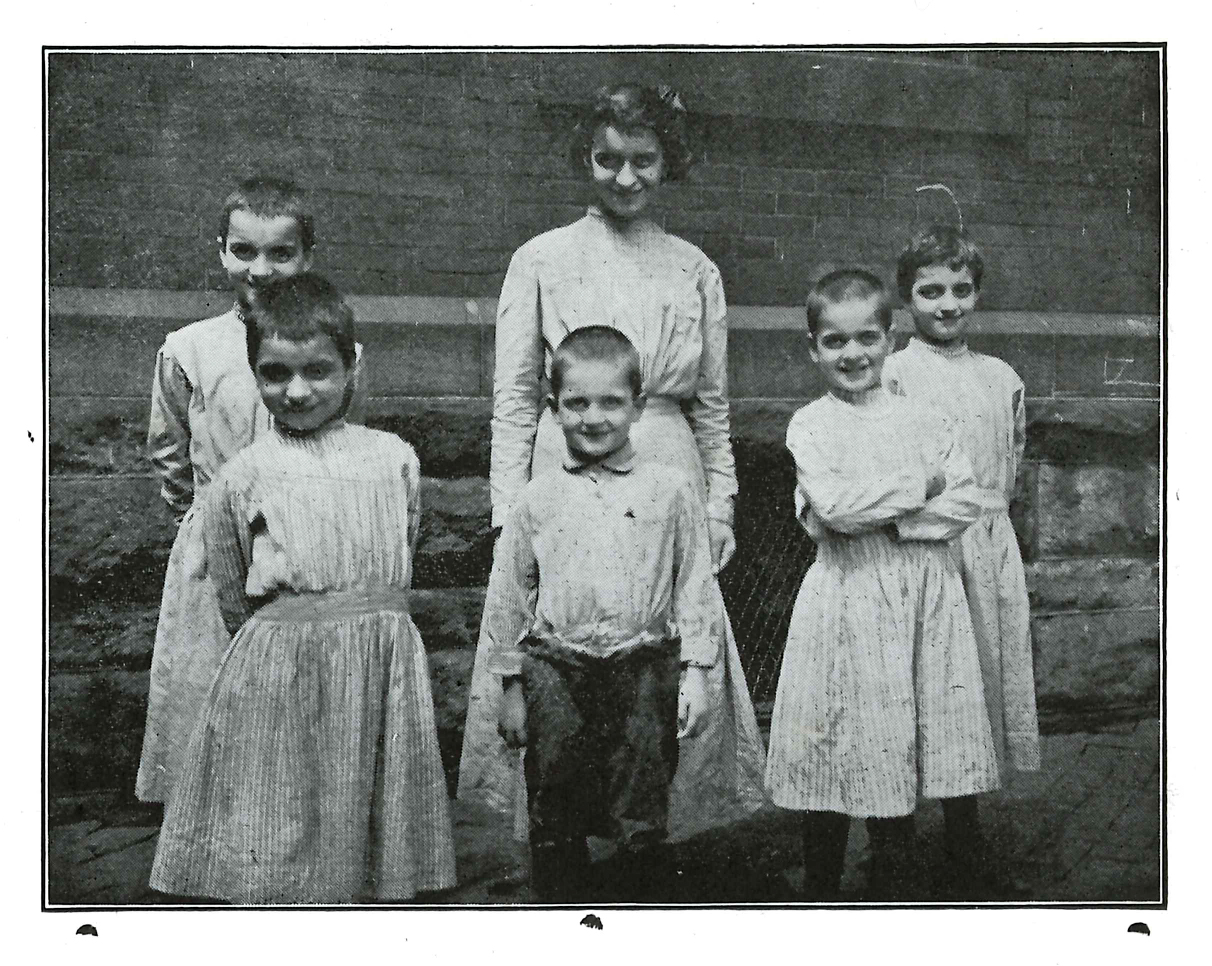 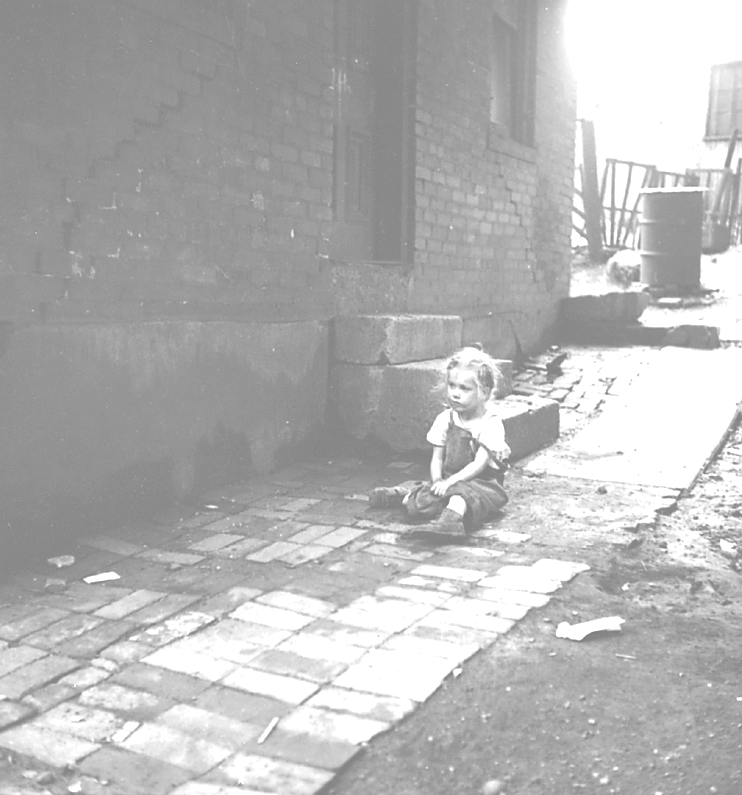 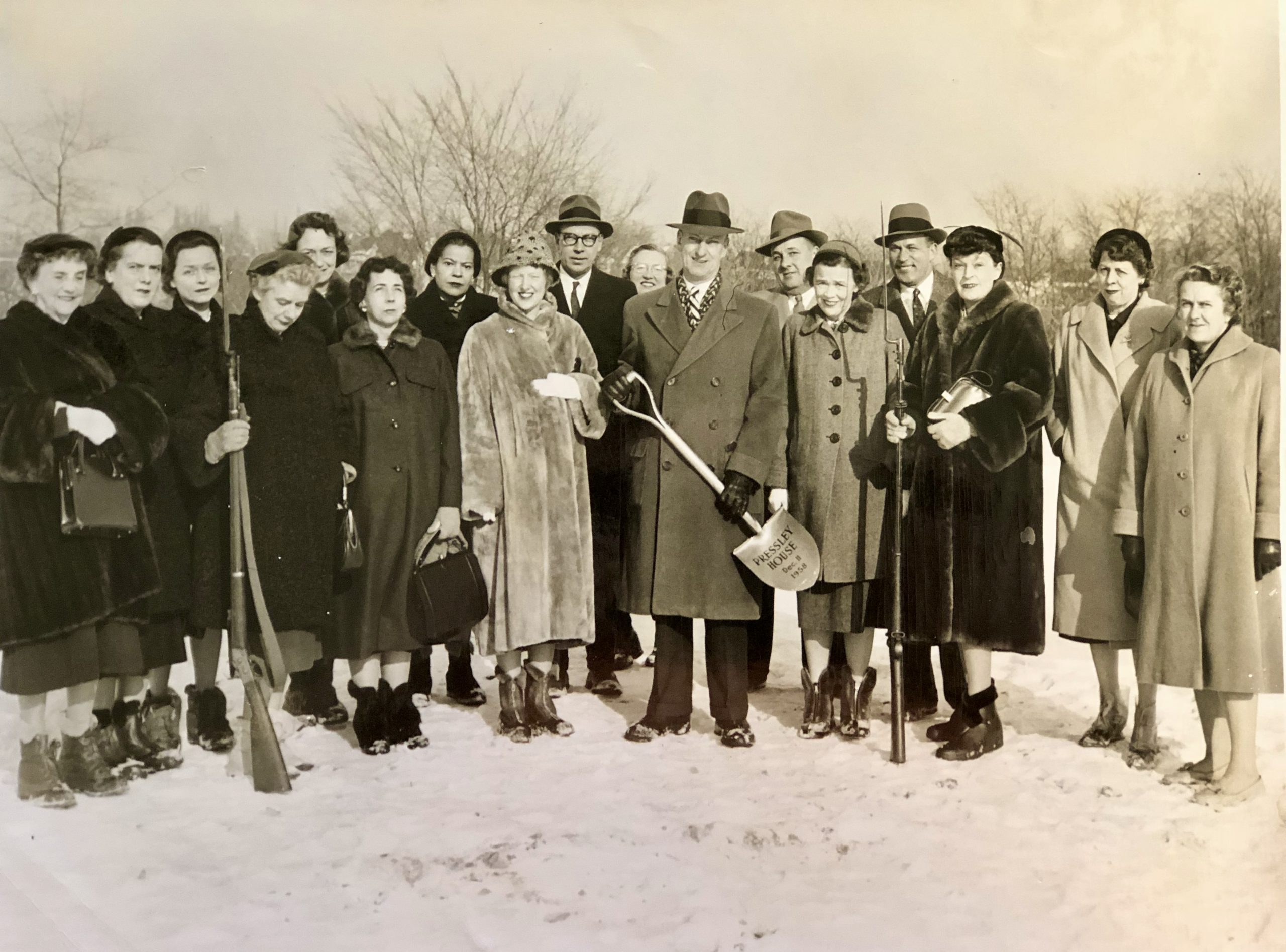 Pittsburgh and Allegheny Home for the Friendless becomes Pressley House 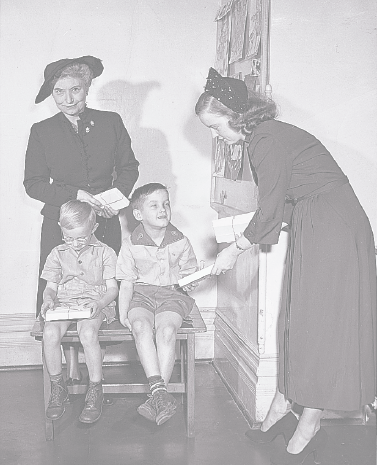 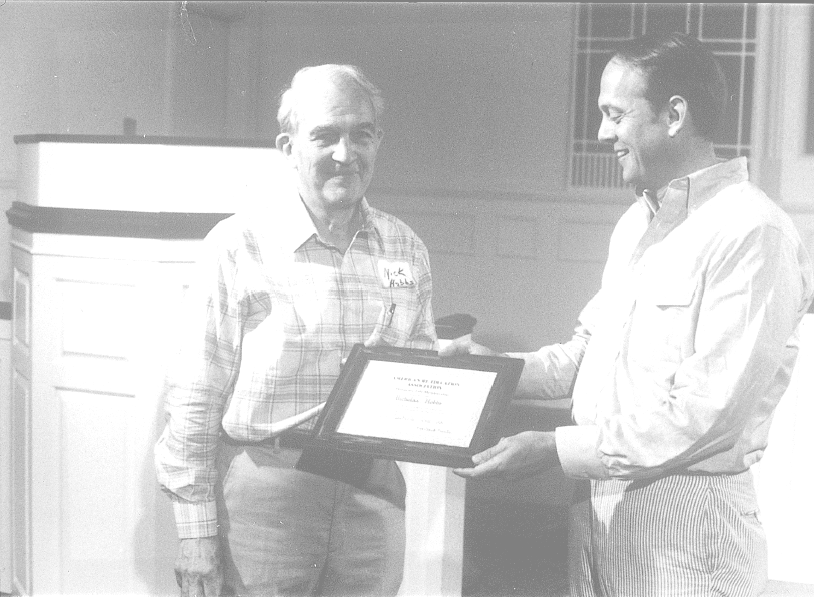 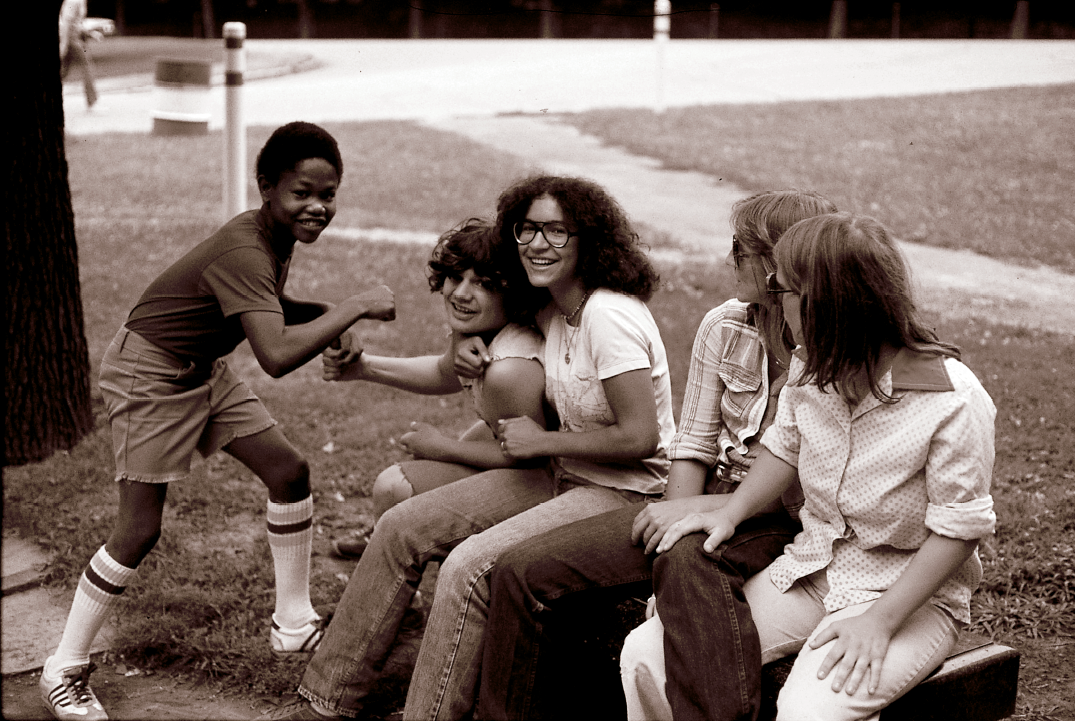 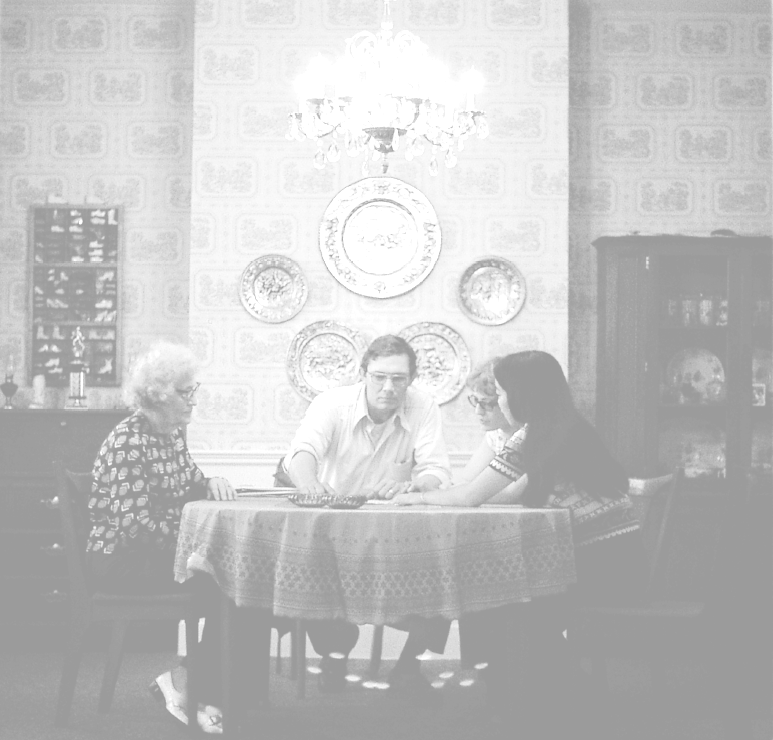 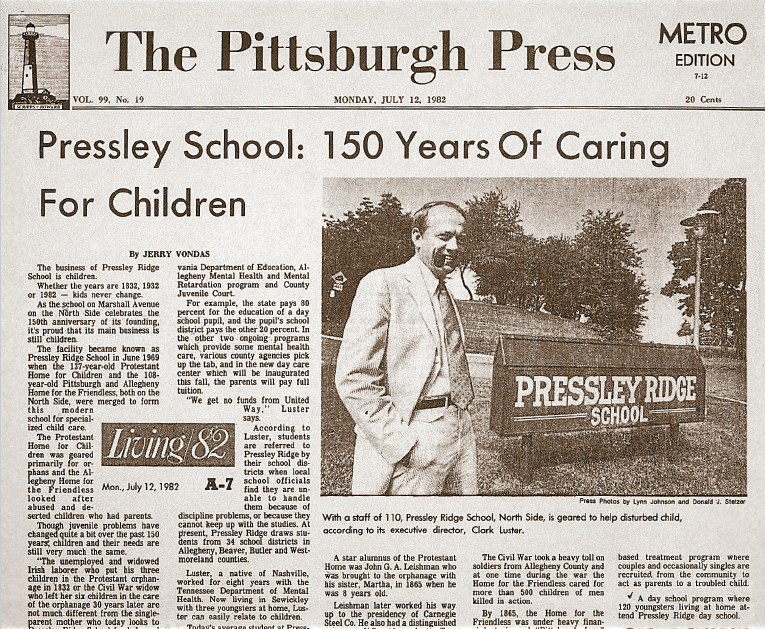 Therapeutic foster care services begin, serving as the catalyst for growth and evolving into a nationally recognized Treatment Foster Care model. Throughout the decade, these services would expand into Clarksburg, West Virginia and Baltimore, Maryland. 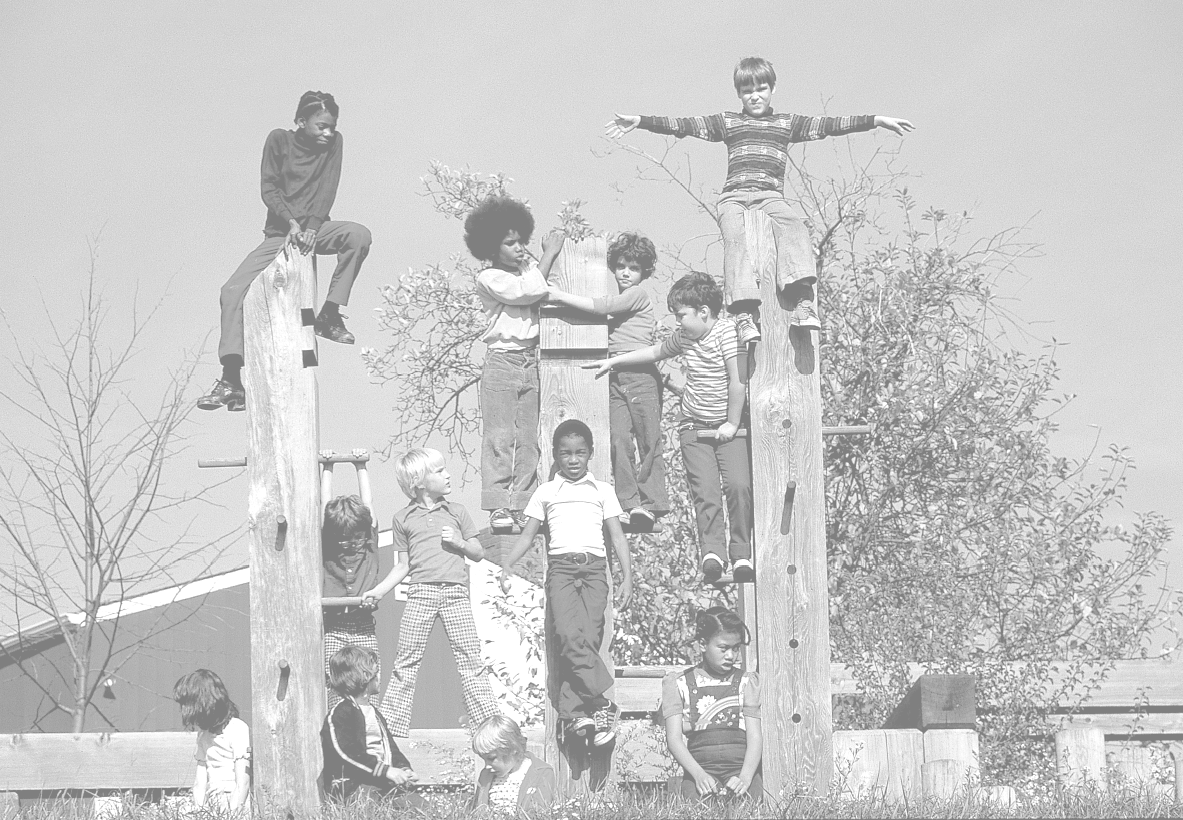 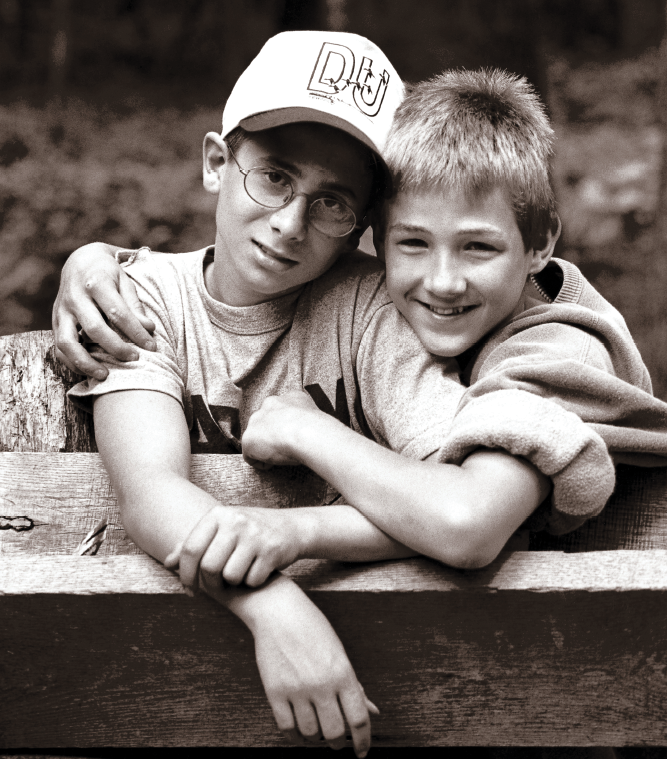 Established Center for Research and Public Policy to evaluate the effectiveness of services and quality improvement, which would later become Organizational Performance Department 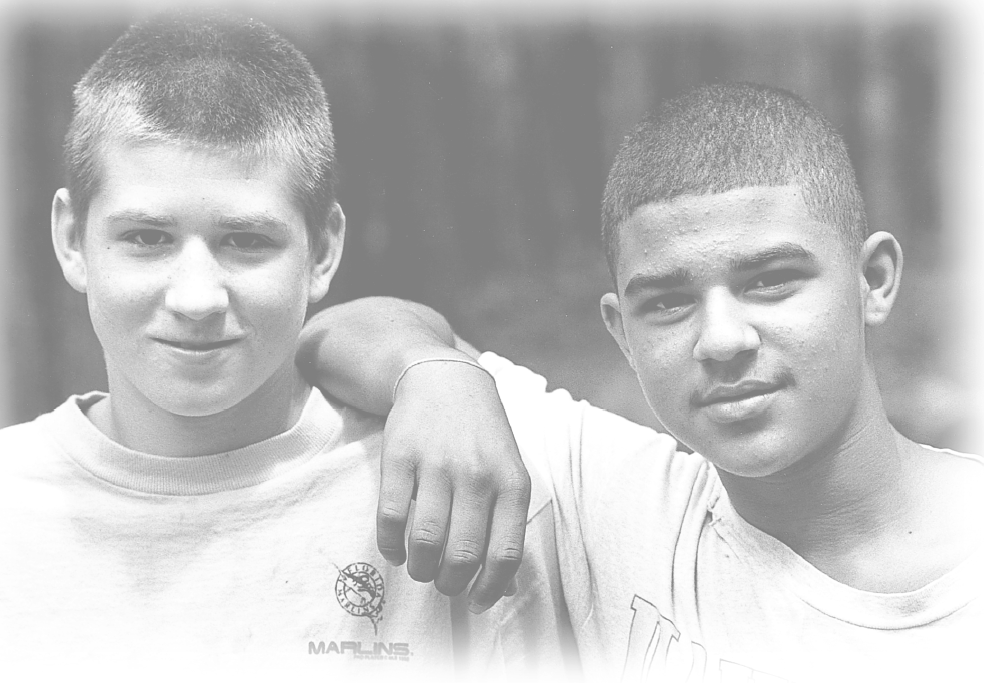 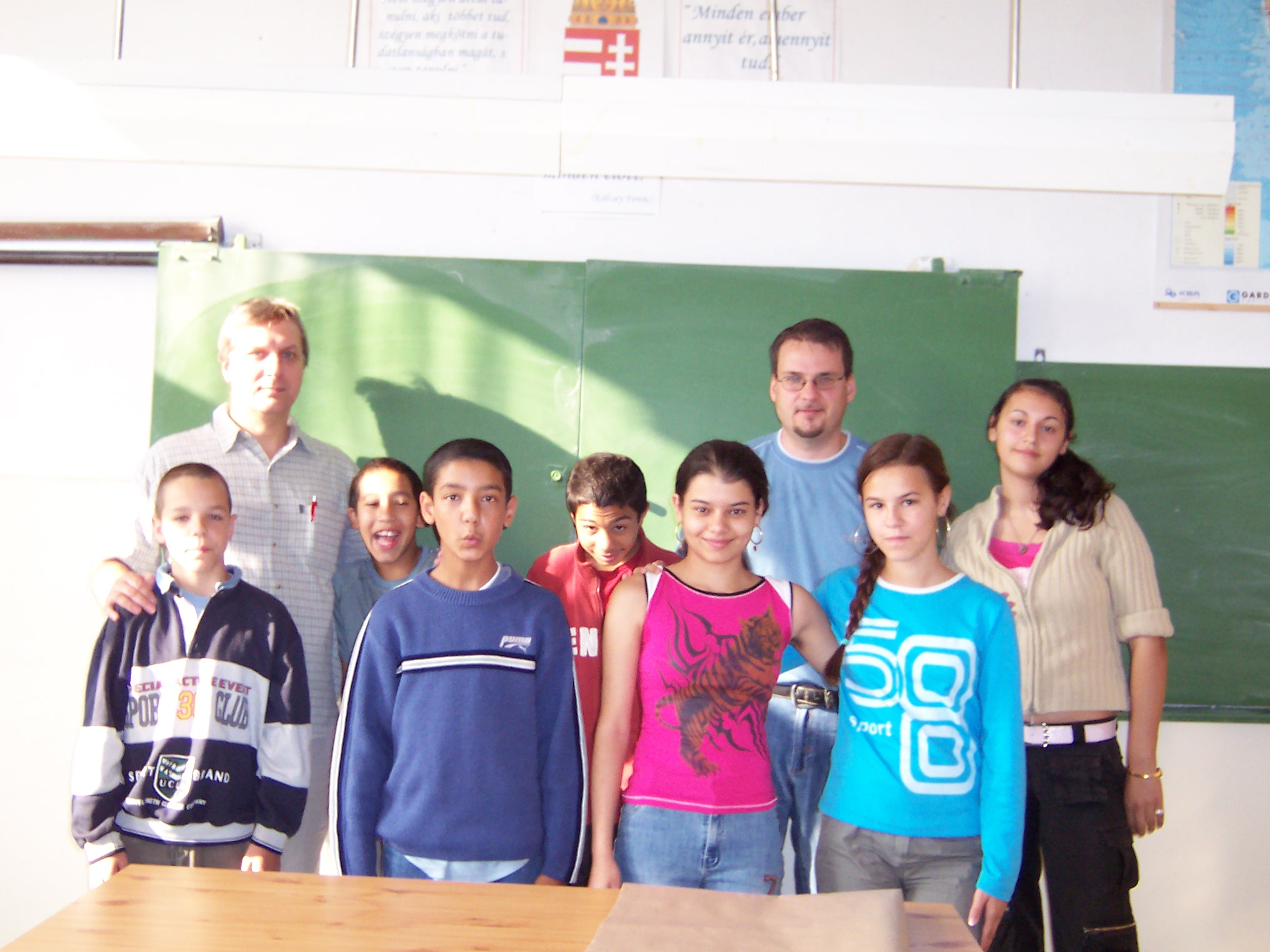 Office opens in Lisbon, Portugal with the purpose of applying the Re-Education principles and Pressley Ridge programming for kids and families outside of the United States; followed by establishment of Portugal NGO (Non-Government Organization) 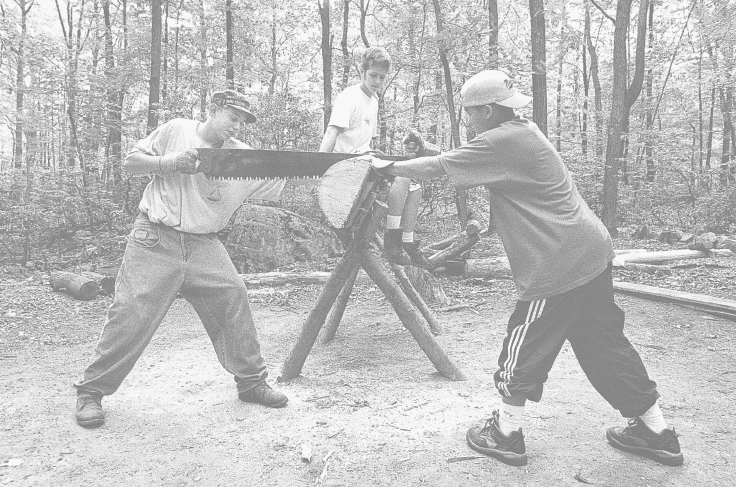 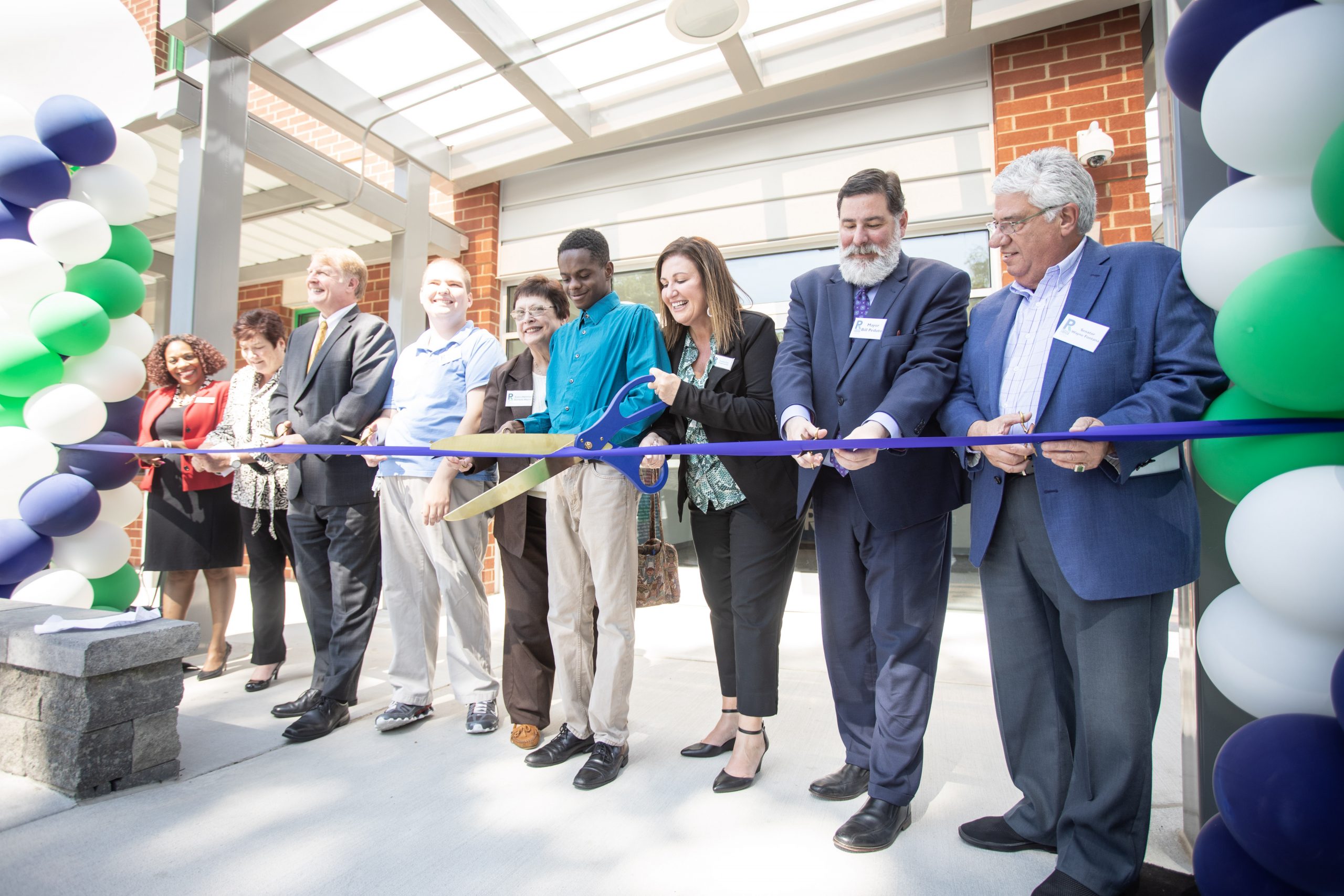 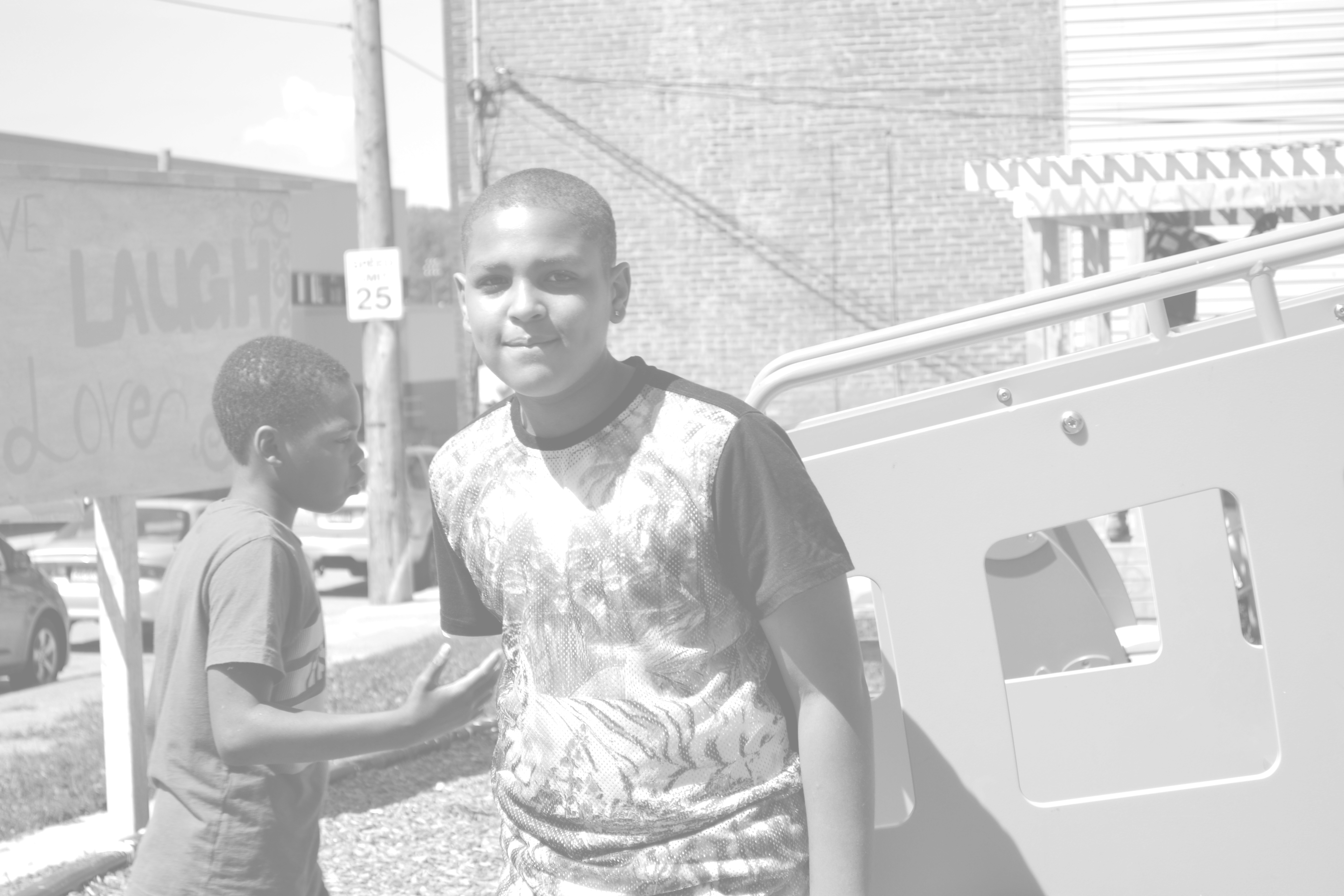 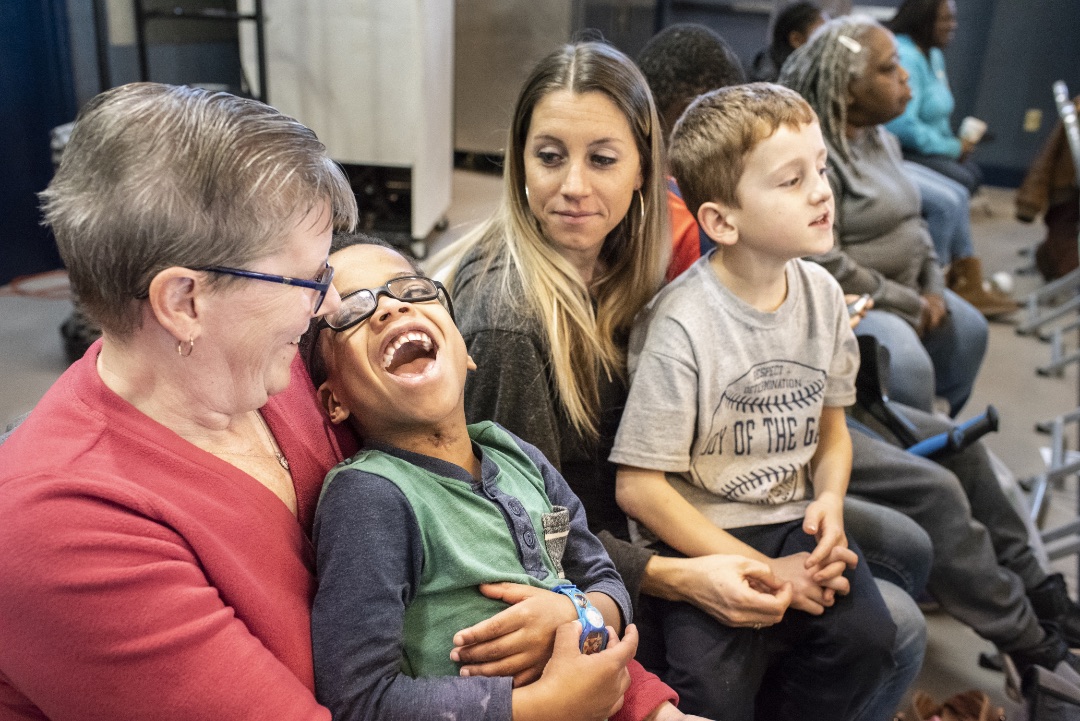