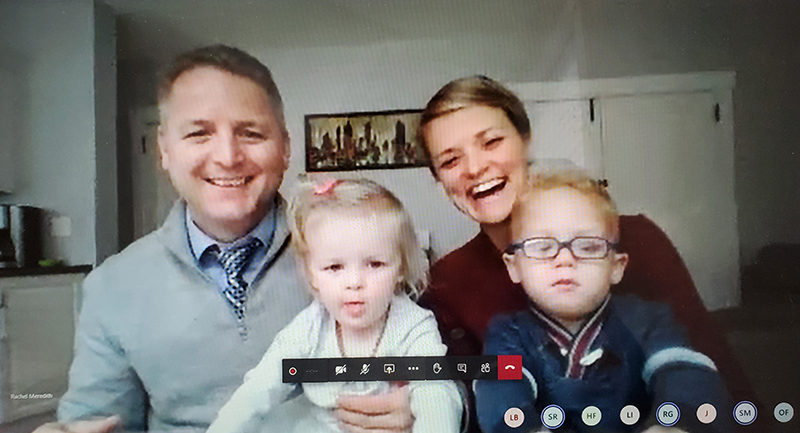 Rachel and Dave Meredith and Hannah and Jesús Origel have been foster parents with Pressley Ridge for several years, and on November 21st, National Adoption Day, they each welcomed a new child into their family.

While all adoptions are special, these adoptions are extra special because Rachel and Hannah are biological sisters! Not only did they each adopt a child, they also gained a niece and nephew and made their already big extended family even bigger.

Helping at-risk youth and giving back to the community is something that was instilled in these sisters from very early on. More than 20 years ago, Rachel and Hannah’s parents founded Pine Valley Camp, a nonprofit camp that serves 120 at-risk youth each week throughout the summer. The camp is located on the family’s property in Ellwood City, PA, and Rachel, Hannah and their three siblings volunteered at the camp and were a big part of the daily operations. Nearly all of the siblings are involved in foster care and adoption. 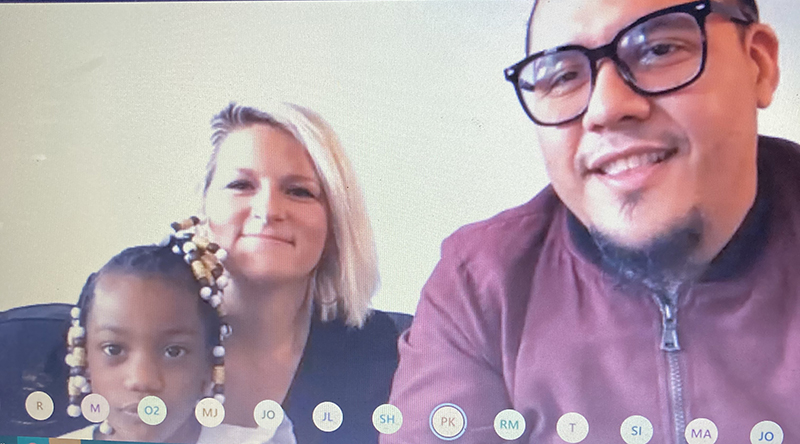 Hannah’s desire to help others came at a very young age, but her foster care journey began six years ago. In 2014, during the border crisis, she and her husband knew they wanted to help. Hannah’s husband, Jesús, is bilingual. When they became certified foster parents, they wanted to serve all children in need, especially unaccompanied immigrant minors who needed a bilingual family. The Origel family went on to foster a Hispanic youth from Guatemala and more than 15 other children over the last six years.

After fostering Shania for a time, the Origels officially welcomed her to the family on November 21st. Shania joins the seven other children in their home – three biological, one adopted, and three foster youth, including Shania’s infant brother whom the Origels took in without hesitation upon his birth.

Rachel also knew from a very young age that she wanted to help others, especially children in need. She and Dave have fostered several children over the past three years and currently have one biological child and two foster youth. Amontae, their newly adopted son, was the Meredith’s first foster placement at just two months old. Just like the Origels, they value the importance of keeping siblings together and readily agreed to foster his sister when she was born one year ago.

While their adoption days didn’t include the typical courtroom ceremony, the Origel’s and Meredith’s extended families were able to join in both of the virtual adoption proceedings, and it was a happy occasion for all.

These families are an inspiration and have played a significant role in referring other families to Pressley Ridge, creating more homes for kids in need. The sisters feel faith, family and the support of Pressley Ridge has guided them through the process of fostering and has allowed them to help so many children.

You can read more about the Origels, as well as the Reicharts, another sibling of Hannah and Rachel’s, in this article from 2017.